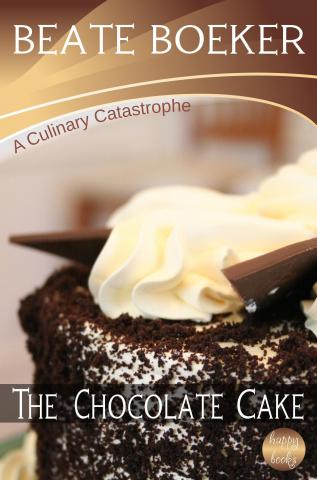 You have just discovered a collection of entertaining short stories with the name A Culinary Catastrophe. Each mouth-watering miniature novel focuses on one recipe that needs to be mastered by the heroine or hero who is in turn baffled, bewildered, desperate, and ecstatic while concocting a delicious dish. The recipe which is at the heart of the story is always shared at the end, so you’ll be able to transfer the experience into your life – if you dare, that is!

The Chocolate Cake is the first in the series. It tells the story of Tak (how she came by her name is another story) who has invited the man of her life – or so she hopes – for dinner at her home. As she is a passionate cook, this project doesn’t faze her until she learns that he has a sweet tooth and would do anything for chocolate. Now dessert is something Tak has never cared for. Out of her depth, Tak organizes a last-minute recipe from her best friend Jenny, and from then on, things spiral out of control in Tak’s usually so well-organized kitchen.