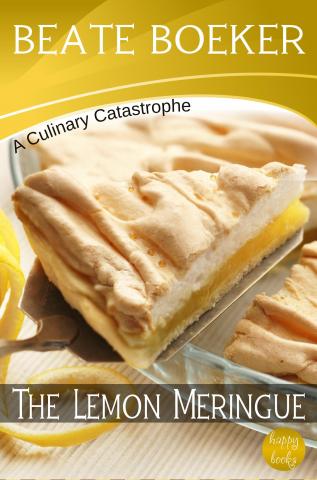 The Lemon Meringue belongs to a collection of entertaining short stories entitled “A Culinary Catastrophe”. Each miniature novel focuses on one recipe and all that can go wrong with it. The recipe which is at the heart of the story is always shared at the end, so you’ll be able to transfer the experience into your life – having learned through the story which mistakes to avoid. The Lemon Meringue is the third in the series.

In this episode, Tak’s best friend Jenny plans to create a Lemon Meringue Pie in order to impress Jenny’s new boyfriend. However, the Meringue proves to be as difficult as its reputation has it, and their friendship undergoes a serious test while they bake the pie together in Tak’s tiny apartment.