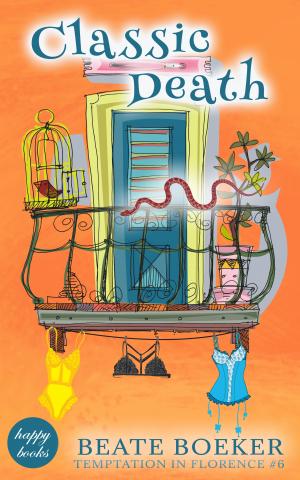 When eccentric fountain pen collector, Xaviero Monti, falls to his death, the Mantonis are convinced it's murder. After all, only the good die young, and Xaviero was anything but good. Commissario Garini, however, is sure it was only an accident and refuses to investigate, until the determined Mantoni family forces him to question all the members of the Florentine Fountain Pen Club. At the same time, the Mantoni family reaches unexpected heights of delight when they learn that Carlina & Stefano are engaged. While Garini tries to get the avid collectors to speak of something besides fountain pens, he also has to stop the family from planning the wedding of the century. Will the engagement lead to the wedding or will the pressure be too much to bear? And will Garini uncover the murderer's diabolical scheme in time to prevent another twisted death? Classic Death is the sixth in the series Temptation in Florence.