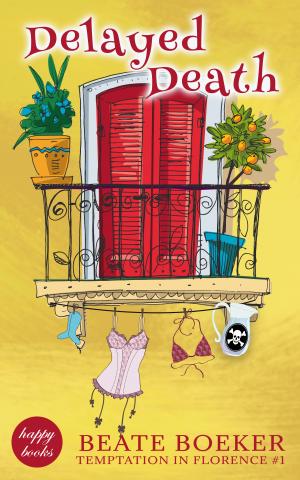 Have you met the Mantonis? This eccentric Italian family has a fatal tendency to fall over dead bodies, and their unique reactions to murder will keep you giggling all through the night.
In this first book of the series, the sudden death of the grandfather, Nico, threatens to put a stop to Emma’s opulent wedding. Unacceptable, says the bride, and in true Mantoni style, she hides the body until the festivities are over.
But when it turns out Nico was poisoned, the attractive commissario, Stefano Garini, is called in to solve the case. Taciturn and sardonic, he couldn’t be more different from the exuberant Mantoni clan. But they say opposites attract . . . and Carlina, his prime Mantoni suspect, certainly makes his heart beat faster than allowed. Will they find the murderer while falling in love?

Delayed Death is the first in the cozy mystery series Temptation in Florence.