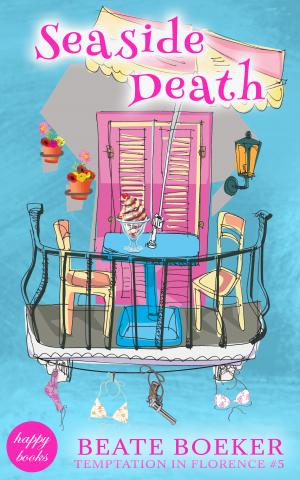 The Mantonis are going on vacation! Carlina & Stefano are looking forward to relaxing in Italy’s Forte dei Marmi, the elegant seaside resort on the Ligurian Sea, but the holidays have hardly begun when their hotel manager is shot.
For once, Florentine policeman Stefano Garini isn’t responsible for investigating the crime, but when the local police become convinced that Carlina’s young cousin, Ernesto, is the killer, the Mantoni family is up in arms: Stefano has to clear Ernesto, and presto, please! Only Ernesto doesn’t help at all, and things come to a climax when one of the Mantonis disappears without a trace . . .
Murder, mayhem, and Mantonis, mixed with some great summer feelings, turn this cozy mystery into stellar entertainment.

Seaside Death is the fifth in the series Temptation in Florence.